After the Second World War, the metropolis became more and more multicultural, as many foreigners, especially Europeans, longed for a new beginning at the other end of the world. This helped make the city one of the most multicultural cities in the world today. The multicultural city has many different languages in the city due to the immigration of many foreigners. Most of the immigrants come from other countries. The Aborigines, the native people of Australia, are only 1% of the total population.

Sydney: known among foreigners as one of the most multicultural cities in the world

It is the modernity of the city combined with endless, beautiful nature that makes this multicultural city attractive for foreigners worldwide. In addition, the metropolis is practically Australia’s city that never sleeps. The largest city in Australia has something to offer on every corner. Museums, parks, lively neighborhoods, beaches and the sea. With around 650 districts spread over an area of ​​over 12,000 square kilometers, it is not surprising that there is always something new to experience and see when visiting Australia’s metropolis. It is part of the dream of every travel lover to visit this beautiful city once in a lifetime or even to start a new life there.

What makes the Australian metropolis so attractive?

Bondi Beach: It is one of the most famous beaches in the world and probably the best known in Australia. In summer, some city dwellers cavort here in the afternoons and take advantage of the last hours of sunshine of the day. Bondi Beach is particularly popular with surfers. Bondi Beach is also known for the Icebergs Pool – these are year-round outdoor pools right by the sea.

Taronga Zoo: Australia is known for its extraordinary fauna. The Taronga Zoo makes it possible to see a wide variety of animals up close. Classic Australian animal species such as dingoes, koala bears or kangaroos as well as others such as giraffes and elephants can be found in the historic zoo.

You definitely shouldn’t miss this!

Sydney Opera House: this is the most famous building in Australia. A photo of the Opera House is definitely part of a visit to the metropolis. The harbor view combined with the fresh sea breeze are breathtaking. It is also possible to visit the interior of this wonderful building. The ferry leaves nearby and leads to the popular beach suburb of Manly.

Sydney Harbor Bridge: The Harbor Bridge is the main link between the south and north coast. The span is 503m, the apex of the arch rises 135 m above sea level. One coat lasts ten years – immediately afterwards, the work starts over! You can even take a stroll on the bridge’s impressive arches.

Sydney Sky Tower: If you would like to see the city from above, you can climb the Sky Tower. From a height of 250 meters you get a unique panoramic view of the metropolis. Alternatively, a visit to the “Blue Bar on 36” would be possible. The bar is located on the 36th floor of the Shangri-La Hotel. Here you can combine the view of the city with tasty cocktails.

Blue Mountains: Those who long for nature in the big city should take a trip to the Blue Mountains. The Scenic Walkway would be a ni-ce walk through the rainforest in the valley floor of the Jamison Valley. 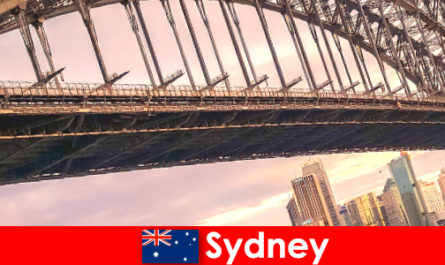 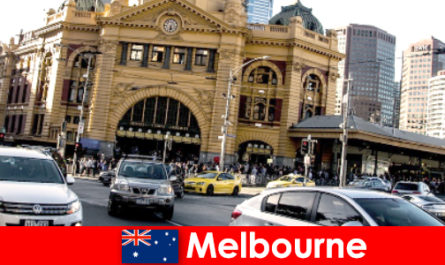 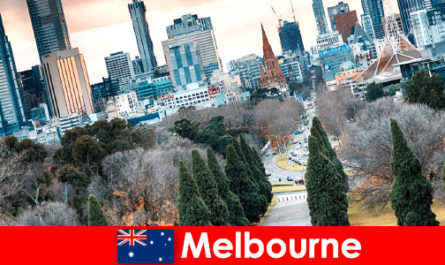